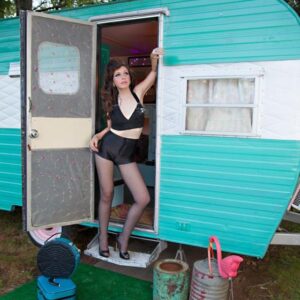 Shellie Schmals hearts the arts!! She’s a pin up lovin’ – microphone holdin’ – event hustlin’ – dynamo, who can be seen around town mixing up the worlds of film, art, fashion and comedy.

As a talent wrangler and producer/emcee, she’s involved in many projects including Roxie Roz burlesque, Small Secret Things, #TheABCDShow; has collaborated as an emcee or worked on stage crew for productions by Syrens of the South, Ariel Allegro, Evangeline Laveau, The FANDom Nerdlesque, Sadie Hawkins, Glitter Goddess Productions, Trashy Diva, Trixie Minx Productions; and is a proud member of the Georgia Pinup Posse and Women in Film & Television Atlanta, where Shellie sits on the Board of Directors as Secretary, coordinates the WIFTA panels at Dragon Con 2020 (Film Track), and co-chairs the annual #WIFTAConfab (short film & talent showcase).

Shellie’s column, “My Adventures in Burlesque” debuted in the March 2020 issue of The Georgia Hollywood Review. 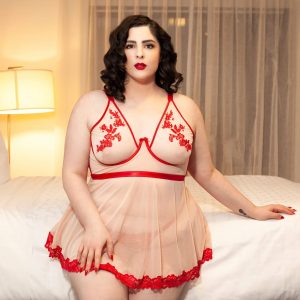 Miss Meow, Montreal’s curvy cat, is an internationally published plus size model, event producer, and whisky loving bombshell! With a classic shake of her hips and a teasing gleam in her eye, she’ll make sure you purr with pleasure..